Swissotel Merchant Court is a landmark located along the Singapore River, and its flagship buffet restaurant Ellenborough Market Cafe is famous for its Peranakan cuisine. The restaurant is now back after a hiatus to showcase its selection of Straits Chinese cuisine and international buffet spread, such as a Lamian station, roast beef, cincalok egg and signature durian pengat.

The man behind this medley of cuisines is none other than the newly appointed Executive Chef Louis Tay. Chef Tay has over 33 years of experience and was the former Executive Chef of The Tanglin Club Singapore. 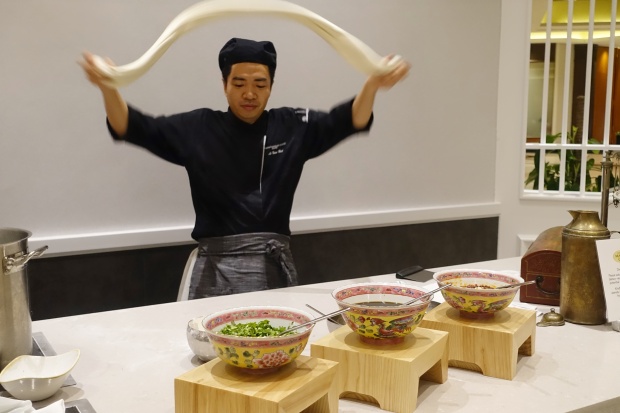 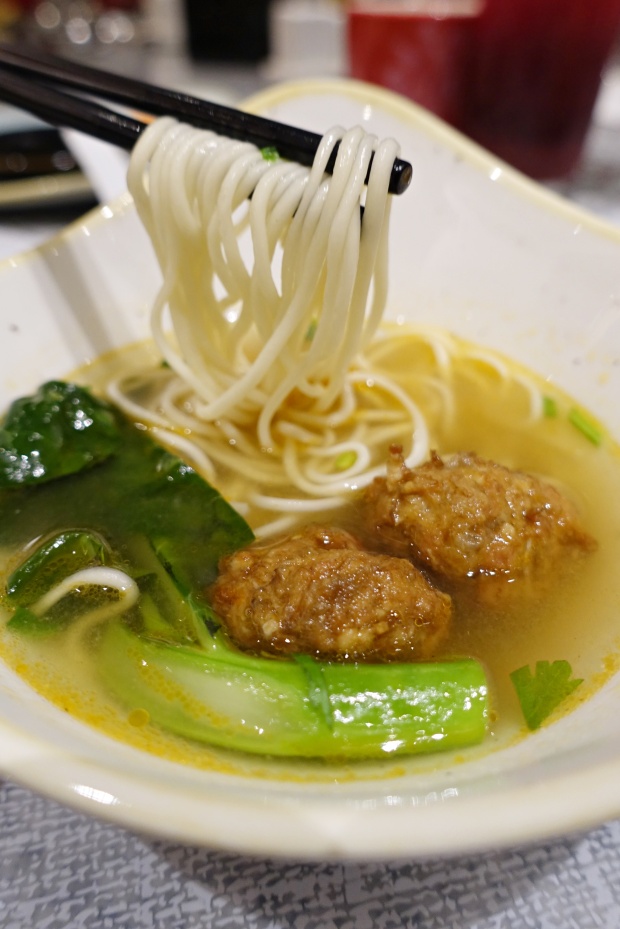 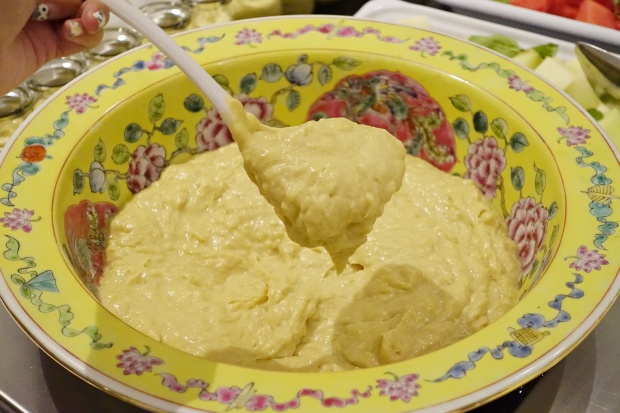 The costs of the buffet are as follows:

Did you know that the 21-storey Four Points by Sheraton Singapore, Riverview has finally reopened after more than 16 months of rebranding and transformation? Other than the new furnishings, the hotel now boasts two new dining concepts! 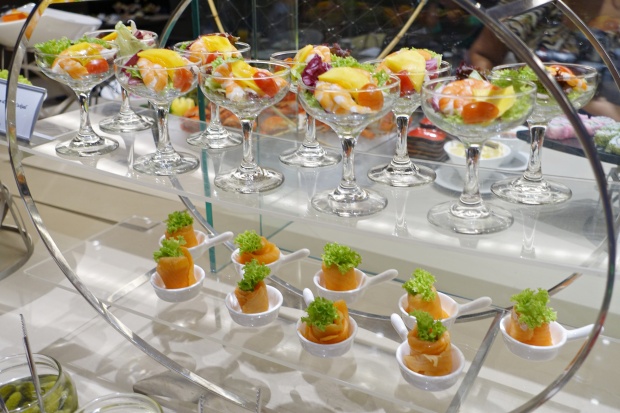 You may opt for two live crabs in one of three ways (black pepper, chilli or salt baked), which will be an additional $22++. Also, every Friday, you can choose to add on a fish head curry in claypot for an additional $18.70++. END_OF_DOCUMENT_TOKEN_TO_BE_REPLACED

When someone asks about Japanese buffet in Singapore, Kuishin Bo will usually be the one that comes to mind. This restaurant as been a part of the Singapore food scene since 2001 and has been recognised for both its range and quality of food. The brand currently has two outlets, one at Jurong Point and the other at Suntec City.

The ongoing year-end installment of their quarterly thematic food fairs features specialties from Hakodate, a port city in Hokkaido (one I originally intended to visit for my trip later this month, but it s a eight-hours round trip from Sapporo). You will find an additional 17 seasonal food items to its existing range of food.

Some of the food items from the Hakodate collection are:

Tori Zangi, (a term exclusively used in Hokkaido) which is a type of fried chicken typically known as karaage in other parts of Japan.

Pumpkin Zenzai, highlighting the most common ingredient in Japanese traditional desserts… Red bean! Hokkaido is famous for its red beans due to its rich volcanic soil. The dessert here is paired with pumpkin and mochi.

Hokkaido Jaga Butter Cake. A fluffy cheesecake infused with potato butter. This is just one example of the many snacks and confectioneries in Hokkaido made using potatoes.

Tonyu Ishikari Nabe, which is a dish of salmon and assorted vegetables cooked in miso soymilk broth that originated centuries ago in Hokkaido. It is also named after the Ishikari-gawa River which is famous for salmon.

In addition to this, we enjoyed their usual spread of seafood, sashimi, sushi, paper hotpots, grilled and fried foods, as well as desserts.

END_OF_DOCUMENT_TOKEN_TO_BE_REPLACED

There is good variety of starters, from Norwegian Salmon Ceviche to Smoked Tuna Tataki & Quail Eggs. Also, fresh seafood is offered on ice such as Australian slipper lobster and freshly shucked French oysters.

In addition to all the seafood, there is a pasta live station offering three types of sauces: Neapolitan, Carbonara and Aglio Olio. While the pasta is pleasant to taste, it is obvious that the main attraction here is the seafood.

END_OF_DOCUMENT_TOKEN_TO_BE_REPLACED

Have you checked out the new hotel next to IKEA at Alexandra? Shops at Alexandra Central (located on the same site as Park Hotel Alexandra) have also started opening doors like Toast Box and The Bakehouse by Carpenter and Cook. However, the main reason for my visit was to try The Carvery, a restaurant at Park Hotel Alexandra which opened in June 2015, offering a beautiful pool view and top-grade grilled meats.

Just adjacent to The Carvery, is Aqua Luna, an alfresco pool bar situated upon the 25 metre long infinity pool. You can also watch the sunset through the windows as you unwind at the bar. Aqua Luna is currently having an opening offer till 30 September where you can enjoy a second drink at 50% off from noon to 11pm on Sundays to Thursdays and noon to 1am on Fridays, Saturdays, Even of and on Public Holidays.

Now, back to the restaurant. The moment you step out of the elevator on the seventh floor, you can smell the mouth-watering aroma of the restaurant’s premium roasts. The first thing that you will see as you enter The Carvery is the three-metre long meat carving station with an experienced carver ready to serve it up. Besides that, super sharp custom-made designer Laguiole steak knives from France can also be found at the carving station.

The buffet here is actually priced very reasonably for the quality of food:

The roasts available that day were Pork Knuckle, Australian Prime Rib, Herb-Crusted Australian Beef Ribeye and Spit Roasted Chicken. The pork knuckle was crispy on the outside and tender on the inside. The crackling sound as you bite into it makes it very satisfying. This is best paired with sweet mustard.

The prime rib is dry-aged in-house to intensify its taste and tenderise the meat. It is then lightly seasoned with salt and pepper before slow roasted for about eight hours. Between the two beef cuts, I preferred the ribeye which was very flavourful from the herbs. Also, chef recommended the truffle salt to go along with it, which made the taste more refined.

END_OF_DOCUMENT_TOKEN_TO_BE_REPLACED

I was delighted to be invited to Catalunya for a weekend brunch tasting by Burpple some time back. I had heard and read many good things about the restaurant but never had an opportunity to try it for myself.

The restaurant is located at The Fullerton Pavilion, which is off Clifford Pier and between One Fullerton and Fullerton Bay hotel. And as you can see from the picture below, the place offers a panoramic view of the bay as well as Marina Bay Sands.

With the expansive floor to ceiling windows, you are able to enjoy the beautiful city backdrop while dining on authentic and contemporary Spanish cuisine. The 4,300 square foot restaurant comfortably seats 120 people and diners may choose to dine indoors or alfresco.

As for the main reason I was there, Catalunya’s Weekend Brunch with Passion is a stunning selection of Spanish food, with everything from cured meats to salads and seafood! The semi-buffet brunch is available every Saturday and Sunday from 12.30 to 3.30pm. There is only one seating for and it is a whole THREE HOURS of indulgence!

In addition to the wide variety of food, if you go for the brunch on the last weekend of the month, you will be entitled to a Bingo Game, where you can get to win dining vouchers at Catalunya. The game really kept each of us diners on our toes!

During weekend brunch, the bar area of Catalunya is transformed into sections of food: Market Selection, Charcuterie, Cheese, Salad, Fish and Fresh Juice.

END_OF_DOCUMENT_TOKEN_TO_BE_REPLACED

As with the many restaurants and hotels celebrating SG50 (Singapore’s fiftieth birthday), Brizo Restaurant & Bar at Park Hotel Clarke Quay has introduced a ‘Taste of Singapura’ buffet, featuring seafood dishes and local delights. Available every Wednesday to Sunday evenings (6.30 to 10.30pm) from now till 30 September 2015, the buffet also carries the restaurant’s signature crab dishes.

The prices of the buffet is as follows: