From Dubrovnik, we took a day tour to Kotor, which is a coastal town in Montenegro and the only town on the eastern coast of the Adriatic Sea. It is also one of the best preserved medieval old towns in the Adriatic and hence, recognised by UNESCO as a World Heritage Site.

The first thing you notice about the town is the fortifications, which are about 4.5km long and have been around for centuries.

The Saint Tryphon Cathedral, which was built in 1166, but was damaged during two massive earthquakes, one in 1667 and another in 1979. It had to be rebuilt after both disasters.

END_OF_DOCUMENT_TOKEN_TO_BE_REPLACED

It has been quite some time since I posted a picture of my hamsters and here is Shiny, my naughty brown Syrian. Yes, I do have an affinity for brown hamsters and I am biased enough to think that they are the cutest! 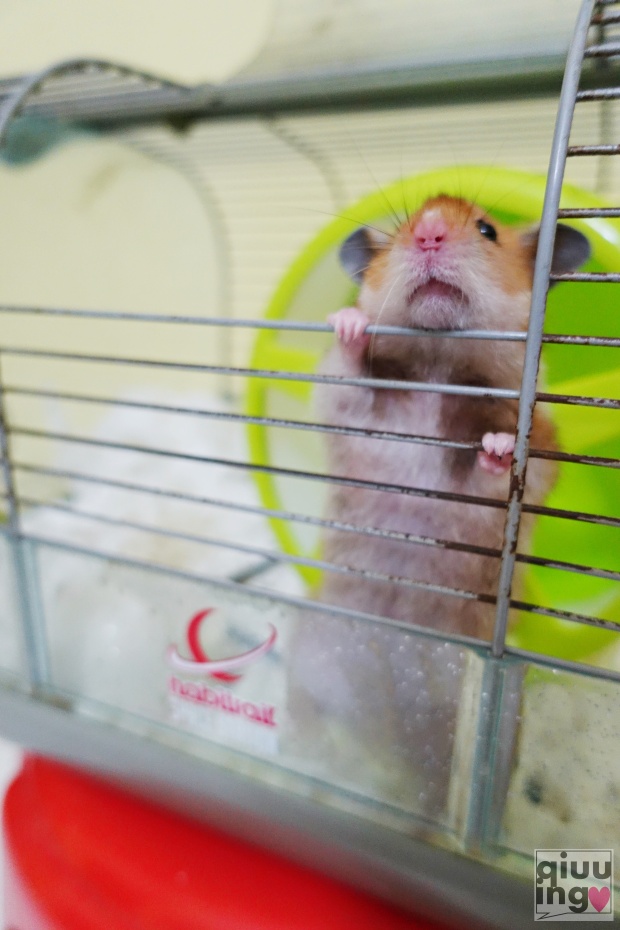 This naughty boy loves to bite the bars of his cage and raise quite a ruckus at night. However, when you open the door of his cage, he will be reluctant to come out, stopping just before he is fully out of the cage.

Just wanted to share some photos of Fattybom with you! She’s my brown and fat hamster and she’s extremely cute! 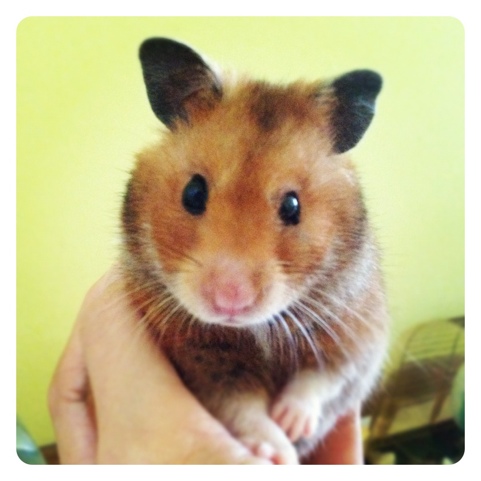 Fattybom with her ears all perky. 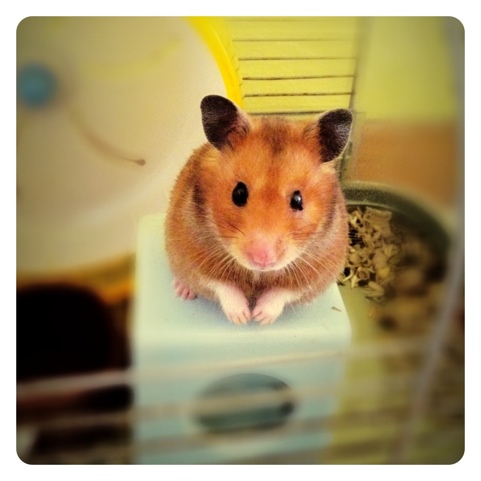 Fattybom perching on her cube.

Fattybom wanting to come out of her cage.

Lastly, cause for her big butt.

I’m heavily medicated and moving around like a zombie. Very sleepy and little appetite. Actually thought I could use these two days at home to catch up with my work but I have totally no energy at all. Felt like I was getting better yesterday but the diarrhea and nausea came back again today. 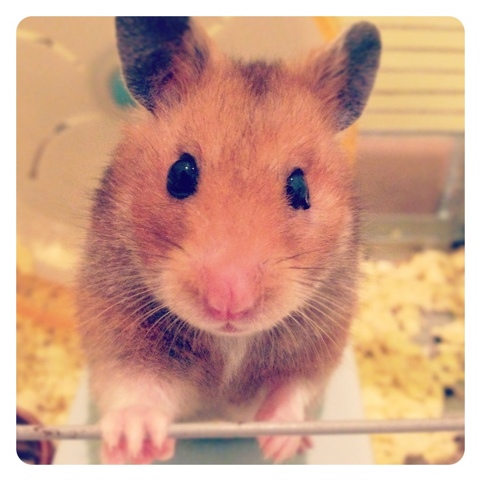 Thank god for my companion at home when everyone else is at work. In between my naps I have something to play with.

I walked past a pet store and what do I
see? Huge brown hamsters! Five humongous ones!

After playing with them, none of the perfect ones caught my eye. It was the one with a tiny imperfection–a scar below her eye–which caught my fancy. She looked like a lady, so gentle and I just felt a connection and so now Teeny Weeny has a friend. 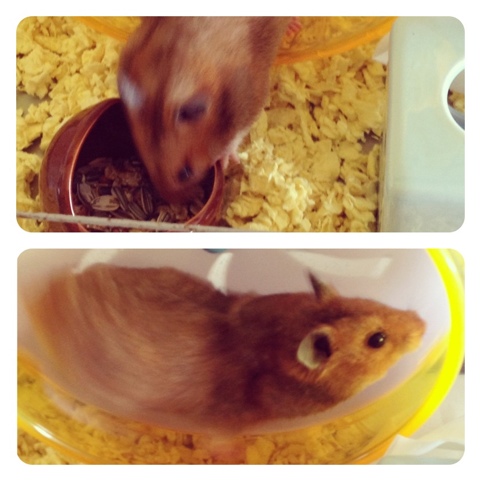 We got her home, cleaned the old tank and let her adjust to her new home. Quickly she started burrowing, piling bedding and of course, chomping on sunflower seeds.

See her left eye? There’s a break in her “eyeliner” and a bit of fur loss under it. But she’s still fat and adorable. Super cuddly and nice to hold too.

I’m still trying to come up with a name for her. What should I call her? Toffee? So far it has been Brown Hamster. I’m sure it will come to me soon.