For my second visit, I ensured that I made all arrangements on ThaiNationalParks.com prior to travelling, as I had trouble with communication during my last trip. This included a two-days wildlife tour in Khao Yai National Park, the third largest and most popular national park in Thailand.

A private tour for two cost 12,800 Baht, which is equivalent to SGD$512. During the two days, we hiked in the forest, visited viewpoints, waterfalls and the Visitor Centre, went for a night safari drive and saw lots of wildlife. 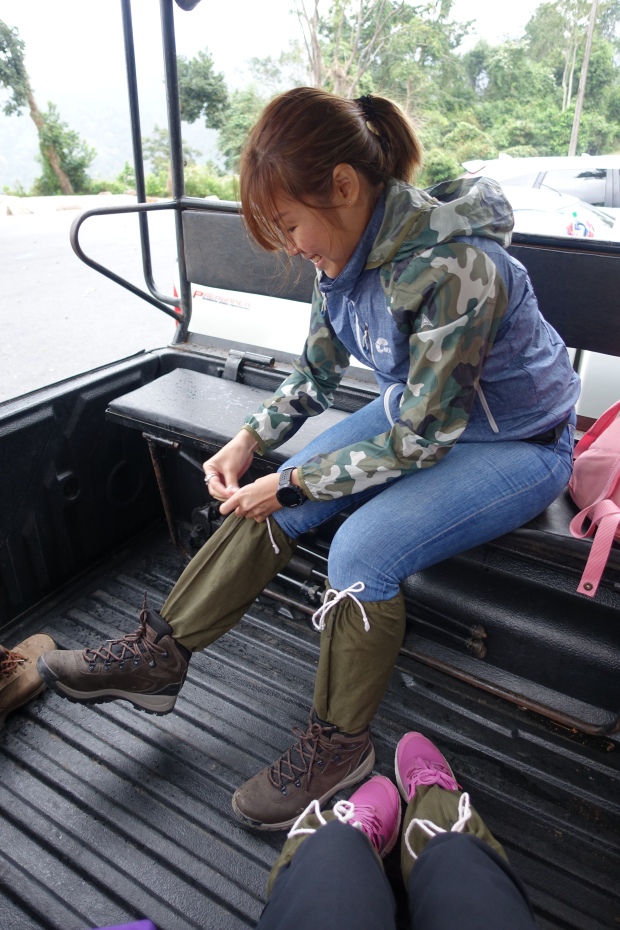 Our leech protection socks (which sadly we were not allowed to keep). It did work! 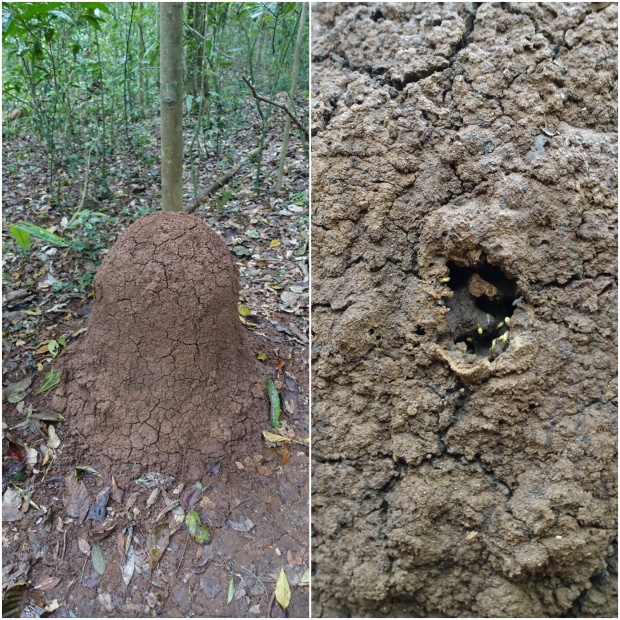 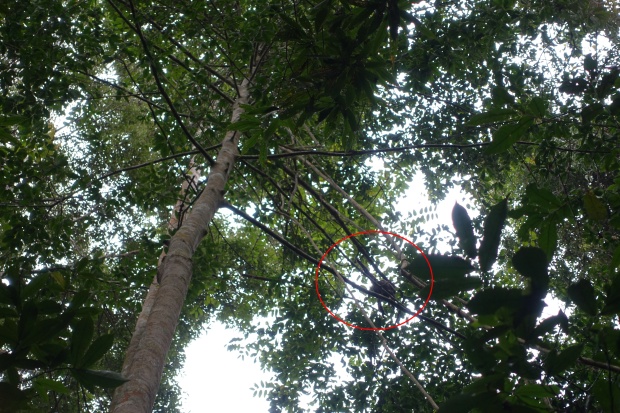 Gibbons, but they were so fast that I could only catch one.

Spotting gibbons with our guide Jay. Thankfully he had this high powered scope because some of the wildlife were quite far away. Also, he is really sharp! I have no idea how he can drive and spot these animals with his naked eye. I would not be able to see them without the field glasses.

Taken by putting my camera to the scope.

After hiking through the forests for the first half of the day, we retired to the Visitor Centre for some information on the park. 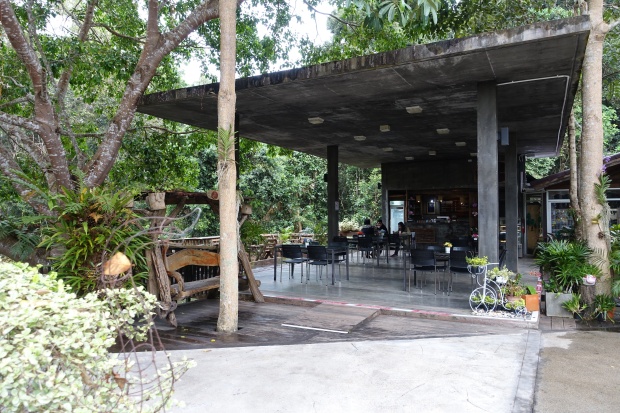 Our lunch was at one of the campsites in the national park.

A huge ass spider. I forgot the species.

We had dinner before going for our night safari. The assembly time was 6.15pm outside the Visitor Centre. It was chilly, and we were kind of worried when we saw how bundled up the guides were. 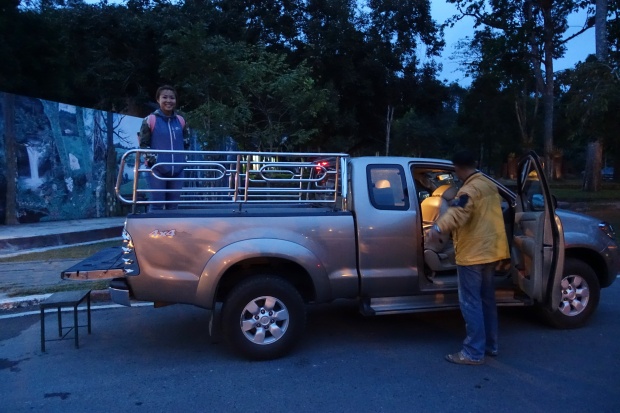 We sat at the back of the open bed pickup truck, and one of the guides shone a powerful beam onto the grassy areas to spot animals.

We spotted two types of deer and a golden cat, but I did not get to photograph that. 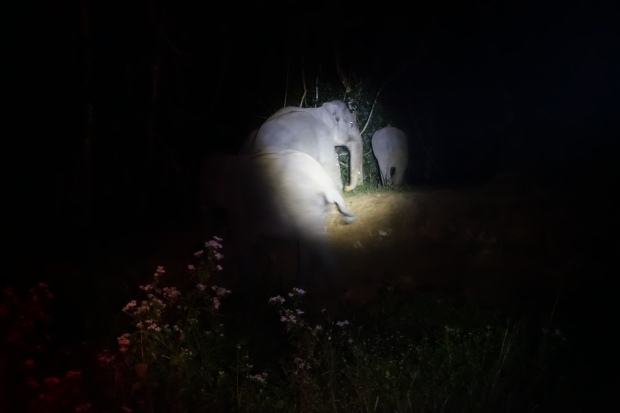 We were so fortunate to see elephants! It was about five days ago that our guide saw them and he spotted only one. We got to see four adults and two baby elephants!

The timing for the second day is flexible, and you can work it out with the guide. Seeing that my sister and I saw almost everything on the first day, we decided to start at 9am instead of 8am and to end a bit earlier (3pm instead of 5pm). 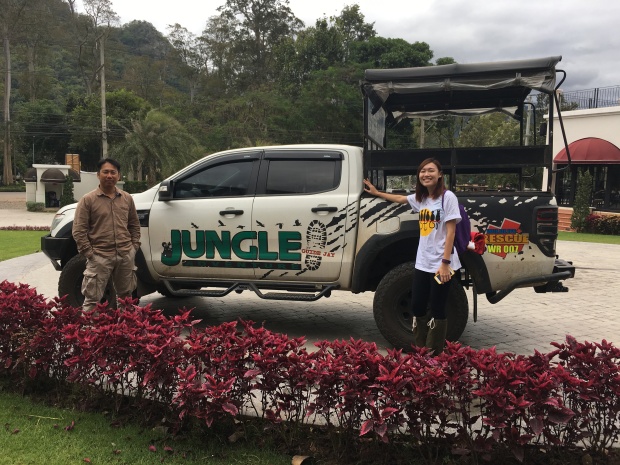 Our guide setting up the scope to view hornbills.

We went to the viewpoint and when we came back, we could see monkey paw prints all over the seats.

We hiked off the beaten path to have the best view of Haew Nerok Waterfall, the highest and most impressive waterfall of the park. 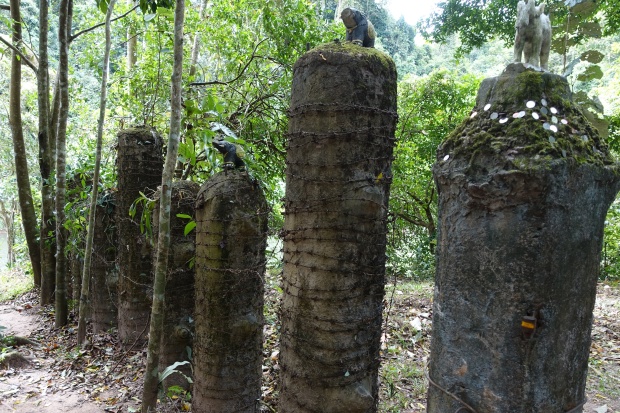 We saw these tall pillars lining the waterfall area, and we asked our guide what they were for. Apparently, elephants drowned at the waterfall some years back, and the pillars were built to prevent them from going to the waterfall.

On the way to the viewpoint, we heard a loud growl. All three of us just froze for at least a minute, as we knew it was a cat, but could not see it. After a while, after hearing no more sounds, we continued. That was a very scary experience.

We also accumulated mosquito bites on our foreheads, the only place we did not spray insecticide.

Then, we decided to head down the conventional path to view the same waterfall. That viewpoint would only allow you to see the bottom third of the waterfall. Also, it was down some very steep stairs. 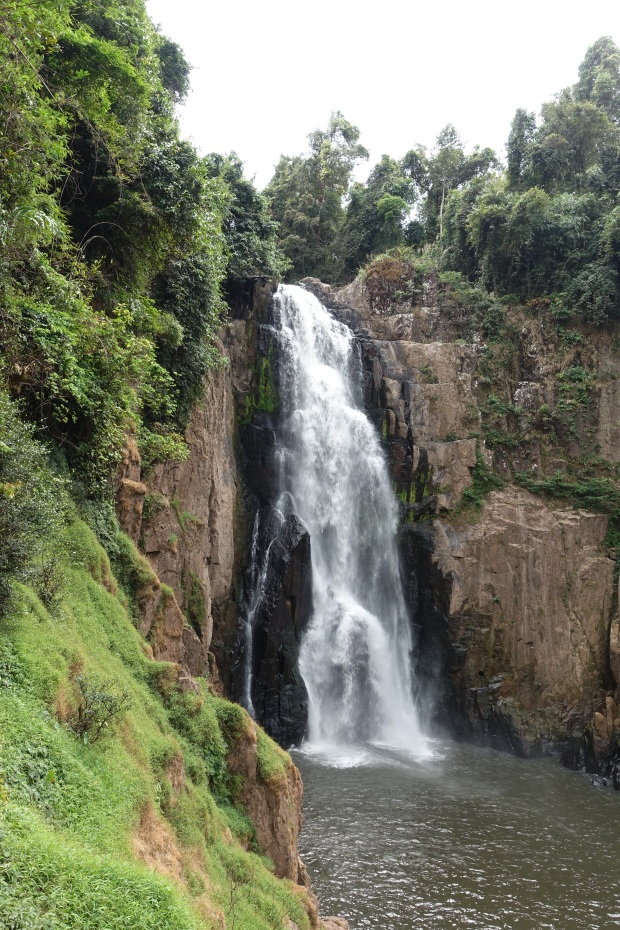 The weather was quite chilly (17-20 degrees celsius), so it was good that we brought along long pants and thick windbreakers. It would help to wear long-sleeved tops. Also, you have to bring hiking or sports shoes and insect repellent. We were advised to bring ponchos, but our waterproof windbreakers worked fine under the light drizzle.

Overall, we saw many animals! According to our guide as well as my sister’s friend who visited the national park in October, we were very lucky. We saw almost everything to see there, from gibbons and elephants to golden cat and hornbills (the rare ones). The only two animals that we wanted to see but did not manage to see were the gaur and crocodile.

I think 1.5 days will be just nice, but only the two days tour had the night safari, which is something that you should not miss. Also, the one day tour might be a bit risky in case you do not see all the animals that day.