Our last day in Korea was a short one which we spent mainly shopping at Dongdaemun Design Plaza (DDP). DDP was built by world famous architect Zaha Hadid and was the most tagged Instagram location in South Korea in 2015.

There are five halls: Art Hall, Museum, Design Lab, Design Market, and Dongdaemun History and Culture Park. It was at the Design Market where all the design shops are that we shopped till we dropped! 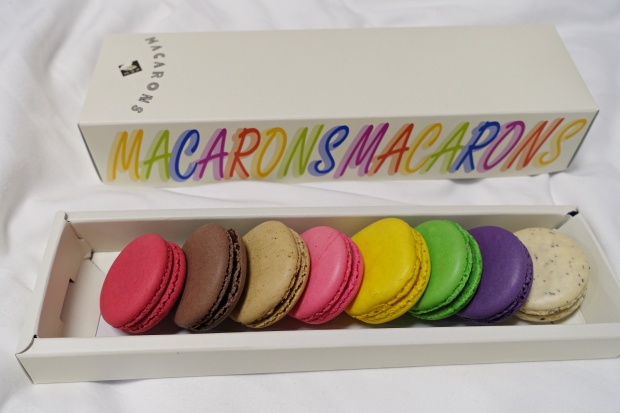 To warm up my tummy, I devoured the box of macarons that my dad surprised me with at Hyundai City Outlet. He knows me and my sweet tooth well!

Then, we headed to a local restaurant near Vons Chicken from the day before. 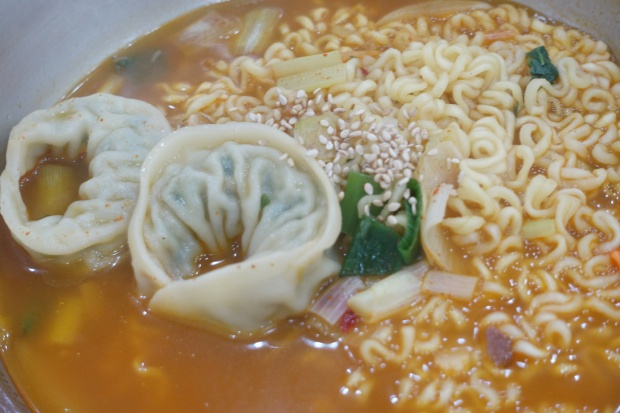 Instead of taking the train (two MRT stops), we chose to walk along Cheonggyecheon Stream. It was previously very polluted, so the government cleaned it up and made it into a nature walkway. 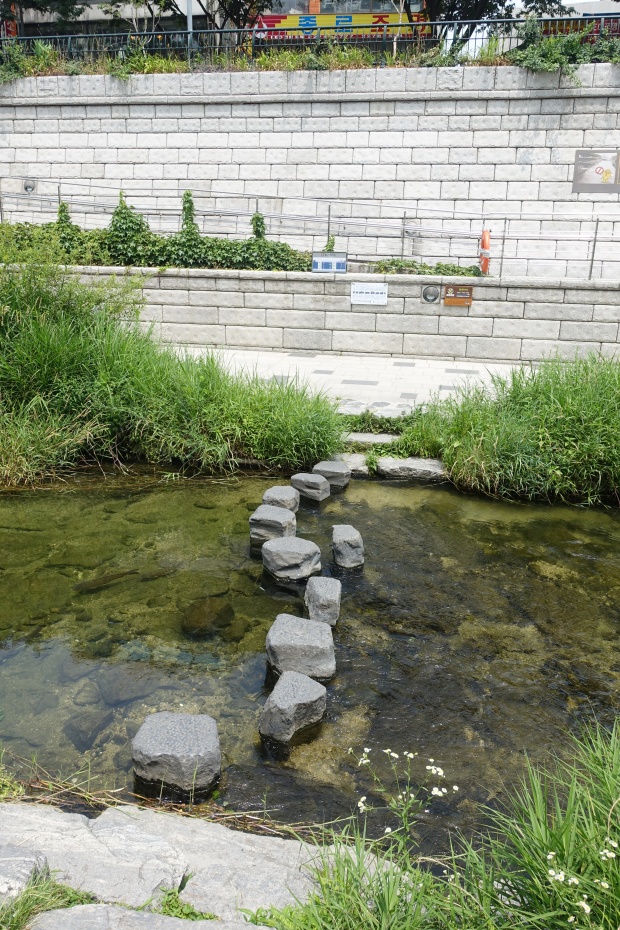 Dad and mum found this wholesale hat store and came out with… interesting hats. Sis was embarrassed to be photographed with them! Haha. 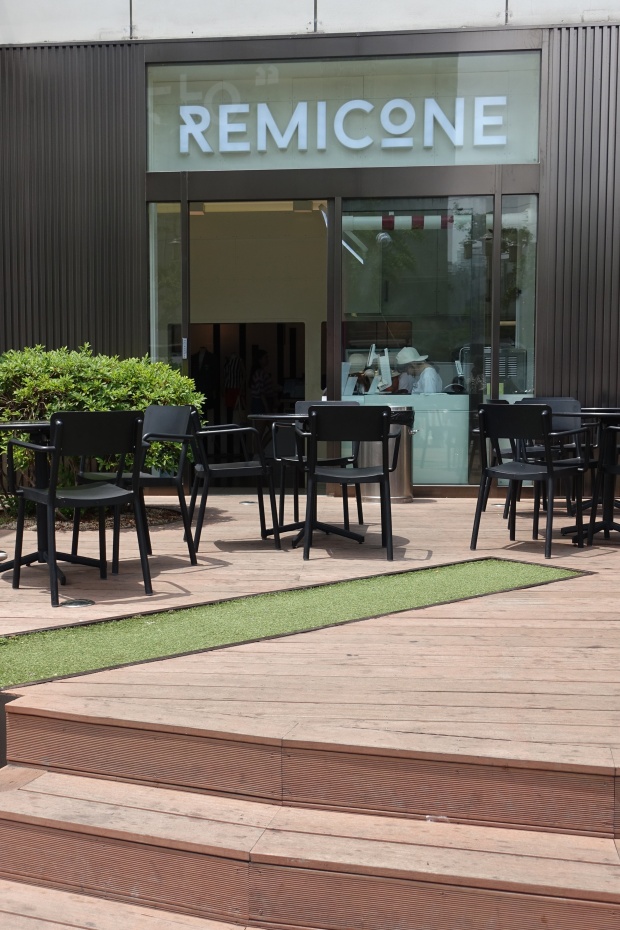 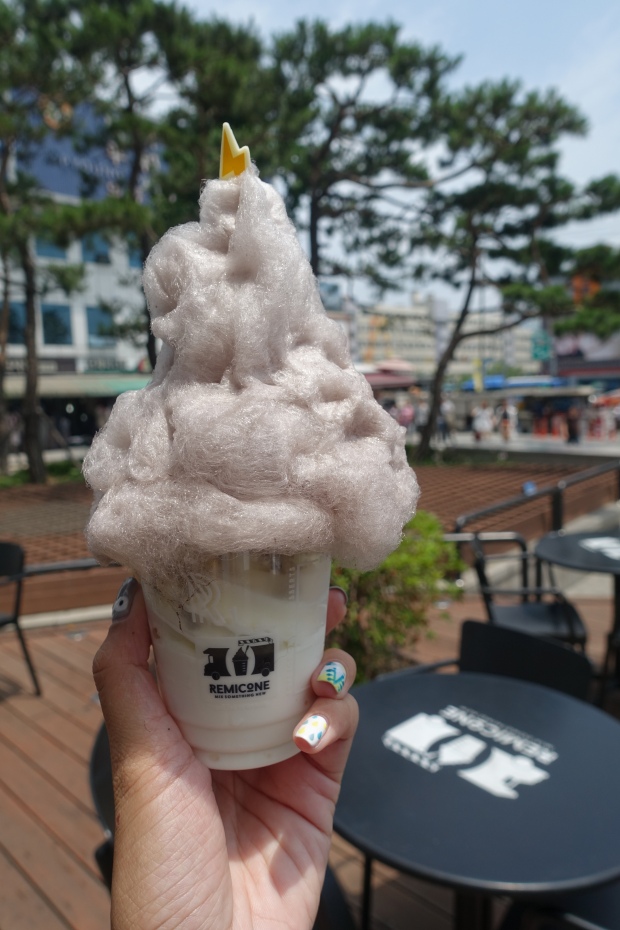 I found Remicone opposite DDP. They have cool soft serve! Above is their signature item Thunder Bomb (6,100Won) which came with popping candy, a mint and something cotton candy (could not really discern) and a tiny lightning bolt on top. As usual, the size was pretty small.

Dad had the Hawaiian Beach (5,300Won), which matched my manicure and came with a tiny umbrella! Similar to Thunder Bomb, this is another of their signature item.

The road on one side of DDP was closed and there was a live performance! 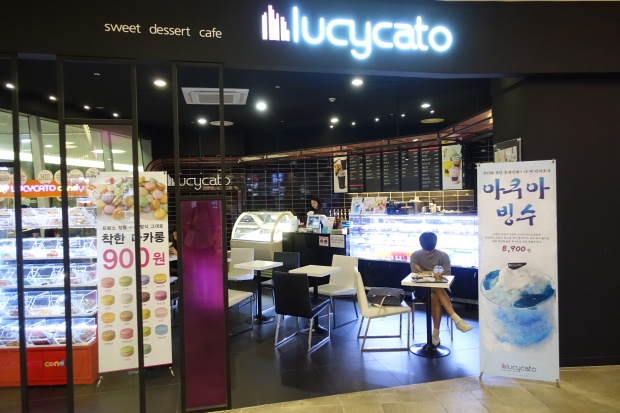 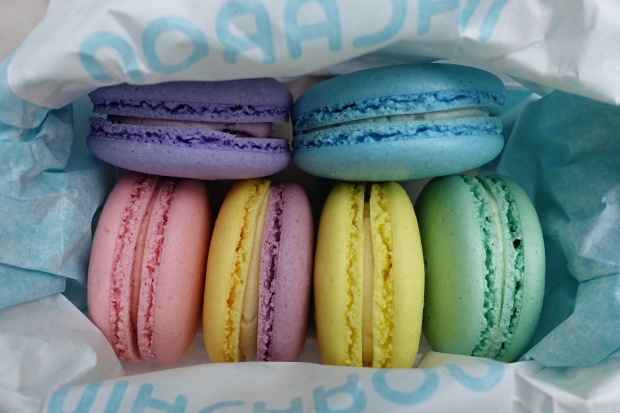 Other than shopping, I found the cheapest macarons ever at Lucycato! Only 900Won (SGD$1.10)! And boy do they taste good for such a reasonable price. Flavours are also true to taste. Such a good find! 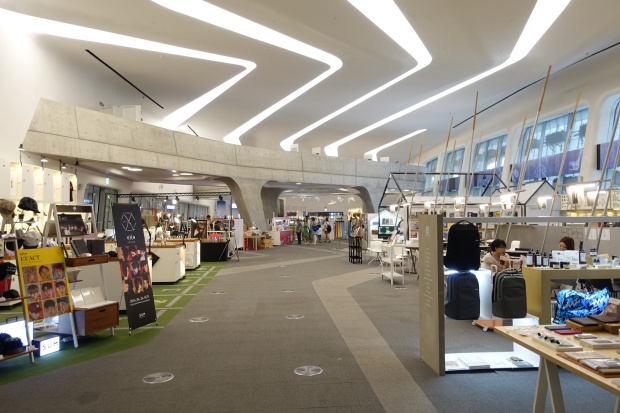 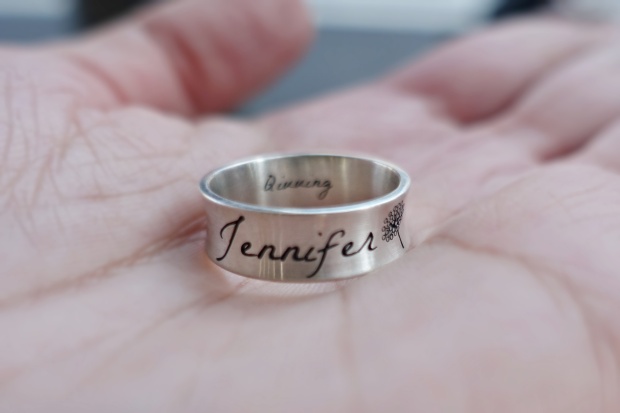 My favourite buy was this customised ring!

After shopping, we had Yoogane for lunch. I always found it so-so and the one in Korea was pretty much the same.

We took the same path back to the hostel and this time around, we saw many people dipping their legs into Cheonggyecheon Stream!

We then lugged our luggage and took the airport bus.

And that was the end of my trip!